Virgin Organic Neem Oil is cold-pressed and extracted from the fruit and seeds of the neem plant, an evergreen tree which is common in India and has been introduced to many other region. Color variation in neem oil is common ranging from golden yellow/orange/bright red/reddish brown to dark greenish brown. Aroma of neem oil is very herbaceous. Virgin Organic Neem Oil is composed mainly of triglycerides and contains many triterpenoid compounds, which are responsible for the bitter taste. Neem oil is a popular natural ingredient used throughout the agricultural industry in farming techniques and applications offering organic certified option as an insecticide in various pest management systems. Neem oil is also used in cosmetic, soap-making and personal care formulations.

Azadirachtin is the most well known and studied triterpenoid in neem oil. The azadirachtin content of neem oil varies from 300ppm to over 2500ppm depending on the extraction technology and quality of the neem seeds crushed. Nimbin is another triterpenoid which has been credited with some of neem oil’s properties as an antiseptic, antifungal, antipyretic and antihistamine. 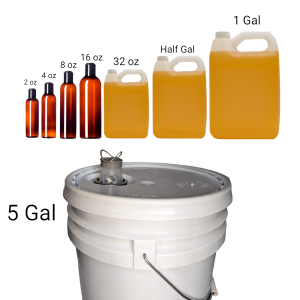 5.0
Based on 1 review
Powered by Customer Reviews plugin

Only logged in customers who have purchased this product may leave a review.

Check out our monthly promotions for amazing deals on hot items

These promotions will not last forever, take advantages of them before we run out.

Get Natural Essential Oils (gNEO) has been delivering quality oils to aromatherapists and makers of bath and body product customers since 2016. Our mission is to provide natural essential and other natural plant oils at a bulk price. read more